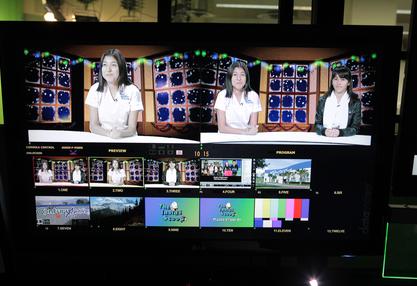 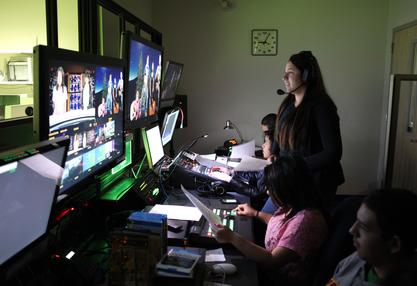 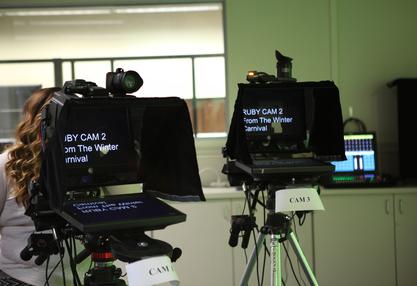 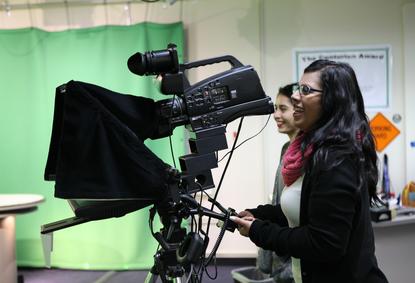 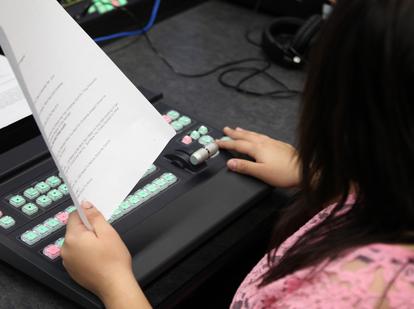 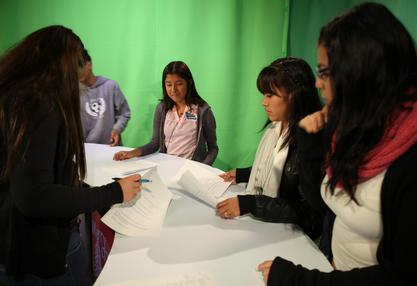 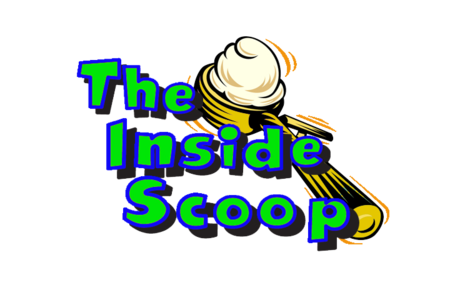 The TV Broadcast class has a large responsibility to the school. The broadcasts that this class creates need to include all sorts of information about various school functions and policies, events that are yet to occur and video footage from events that have already occurred.

When you join this class, you sign up for action. Our broadcasts are aired live, not taped. There are very few schools that even attempt to do a daily broadcast, let alone doing it live every day. The Inside Scoop has aired daily since the 2004 – 2005 school year and, since then, we have aired over 1550 shows.

Each broadcast has about 12 people on the crew, but sometimes is up to 15 people. All jobs from production assistant to director are all student positions. Everybody in the class will eventually run every crew position during a broadcast. The only position that is not required of everyone is the news anchor position announcing the news during the broadcast. That position is auditioned and filled with the top readers from the class. While the anchor position is the one that the school sees the most, every position is essential for a good broadcast. It’s definitely a team effort every morning.

Do you want to be a part of that action?  If yes… then join the TV Broadcast class. You won’t regret it.

We’ve moved!!  We are now in our new TV studio that is three times larger than the old one.  And not only that, but the District is investing in our future.  They funded a major overhaul of our entire studio including a new anchor desk, a separate control room, new big screen TVs and all-new LED lighting.  And we’re now streaming our live, full high-definition broadcasts over the Internet so anybody in the world could watch our broadcasts if they’d like.

Check out the pictures on the right.